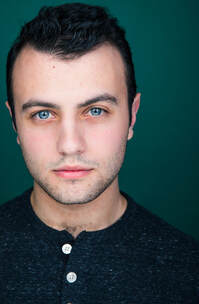 Timmy is overjoyed to be returning to Vermont Stage, having previously appeared in Barefoot in the Park. He is a New York City based actor, where he just made his Off-Broadway debut in the revival of A Class Act. He received his BFA in Musical Theatre from Penn State University, where his credits include Fredrick in A Little Night Music, Horace Gilmer in To Kill a Mockingbird, Professor Callahan in Legally Blonde, and Sweeney Todd in Sweeney Todd (Directed by Tony Nominee Susan H. Schulman). He assistant directed the premier of The Last Day (Music by Grammy Winner Mike Reid) at Penn State Centre Stage, then went on to play the lead role of Jason in the workshop at Two River Theatre. He has appeared in numerous national and local commercials, recently guest starred on The History Channel’s “Food That Built America,” and made his feature film debut in The Line, starring Alex Wolff and Halle Bailey. Locally, Timmy has performed with Lyric Theatre, Stowe Theatre Guild, Theatre Kavanah, FlynnArts (BroadwayWorld VT Award - Best Actor in a Musical for The Mystery of Edwin Drood), The Skinner Barn, and Spotted Pup Productions. @limmytewis
​