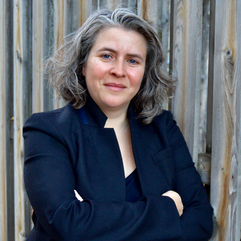 Cristina Alicea (She/Her)
Producing Artistic Director
cristina@vtstage.org
​
Cristina has been Producing Artistic Director of Vermont Stage since 2011. During her tenure, she has shifted Vermont Stage's programming to focus on the production of contemporary theatre. By highlighting present-day stories, Vermont Stage creates world-class theatre experiences for Vermont audiences while starting meaningful conversations with our community about important issues of the day. Under Cristina Alicea's leadership, Vermont Stage has experienced unprecedented growth. She has expanded the artistic programming, moved the company to a new performing arts center on the waterfront, and doubled the company's annual revenue. As a director, favorite Vermont Stage credits include The Pitmen Painters by Lee Hall, the world premieres of Doublewide by Stephen Spotswood and The Quarry by Greg Pierce, The Clean House by Sarah Ruhl, Venus In Fur by David Ives, Vanya and Sonia and Masha and Spike by Christopher Durang, Dancing Lessons by Mark St. Germain, The Mountaintop by Katori Hall, and The Call by Tanya Barfield. Prior to her arrival in Burlington, she has had the pleasure of working with Woolly Mammoth Theatre Company, The Ensemble Studio Theatre, The Culture Project, University of Vermont, Emerson Stage, and Cincinnati Playhouse in the Park, among others. Cristina was a finalist for a Denham fellowship given by the Society of Directors and Choreographers and is a member of the Lincoln Center Theater Directors Lab. Cristina has a Bachelor of Arts in Theatre from George Mason University. 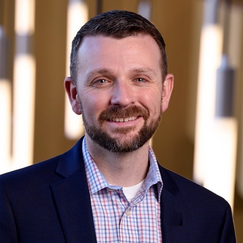 Noah is an experienced arts administrator and leader in the non-profit sector. Prior to his work with Vermont Stage, Noah served as Associate Dean for the internationally renowned performing arts conservatory, The Hartt School at the University of Hartford. There, he brought a high level of administrative and artistic leadership experience - promoting business, programmatic, and educational interests while leading Hartt Collegiate Admission, the Academic Support Services Team, and the award-winning, international community arts education model, The Hartt School Community Division - serving over 2,500 students in greater Hartford. As an artist and conductor, he has served as Artistic Director for Greater New Haven Community Chorus, where he spearheaded a renaissance in the organization’s activity. Noah is responsible for the commissioning and performance of over 30 new works in the choral and orchestral genres and has led two successful virtual choir experiences during the COVID-19 pandemic. He was featured as a conductor with the National Tour of Beethoven’s Wig, and led the Ninth State Youth Dance Theater and Orchestra, as well as the Sgt. Katherine E. Brunelle Memorial Concert Orchestra, bringing orchestral music to the rural settings of New Hampshire, including world premiere performances and collaborations with award-winning soloists. Noah is a native of Vermont, born and raised in Wells River (on the New Hampshire boarder), is a graduate of Plymouth State University, and received his Master of Music in Choral Conducting from University of Hartford’s - The Hartt School. Noah is proud and honored to be working to advance Vermont Stage and the greater Community.
Jamien Forrest (She/Her)
General Manager
jamien@vtstage.org

​Jamien began her role as General Manager of Vermont Stage in 2014 and has worked for theaters throughout the region in many capacities including production, design, administration, and education. She was stage manager for Vermont Stage way back in 2005 and again from 2010-2014. Jamien lived in New York City where she spent over two years working at Lincoln Center for the Performing Arts with Lincoln Center Institute (now called Lincoln Center Education) where she served on the production team as technical supervisor and contributed administratively as rental coordinator for the Clark Studio Theater and Samuel’s Teaching Studio. She also worked Off-Broadway at New World Stages as stage manager and licensed laser operator for The Gazillion Bubble Show. She has additional experience as technical director and Youth Theater Director at the Palace Theatre in Manchester, New Hampshire and spent two seasons on tour with American Theater Arts for Youth. She has also worked as a freelance lighting designer for NYCDA in NYC, Wallis Knot Theater (NYC), Vermont Stage, Middlebury Acting Company, and Flynn Arts (Burlington, VT). Jamien holds a B.A. from The University of Vermont.