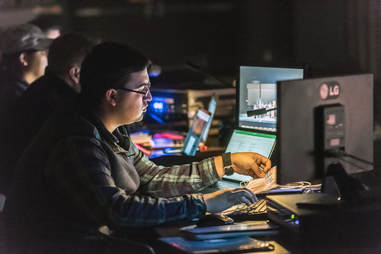 Sam is thrilled to make his Vermont Stage debut designing for the 7th Annual “Bake Off”.  Originally from Vermont, Sam is a Boston and New York based lighting designer. His recent works include lighting for Cabaret (Moonbox Productions, Wimberly Theatre), Peter & the Starcatcher (Boston College Theatre), and the New York City Dance and Music Festival at the off-broadway Davenport Theater.  This summer he will return for his 8th season with FlynnArts to light Crybaby. He will also be lighting the world premiere of Infinity Repertory Company’s production of Geek! the musical for both the East to Edinburgh festival at the 59E59 Street Theaters in New York as well as at a C Aquila theater at the Edinburgh Fringe Festival in Scotland.  Sam holds a BA in Theatre Arts from Boston College and will be attending UCONN in the Fall to pursue an MFA in Lighting Design. SJBLightingDesign.com
​