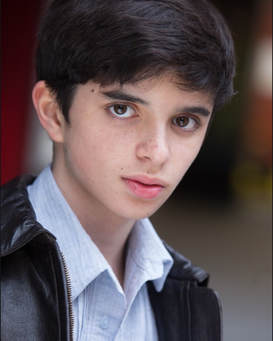 Oscar Williams, 14, freshman from Charlotte, oldest of five boys. He’s also made a home in NYC.  Fun Home on Broadway (2015 Tony Winner Best New Musical), Christian (Original Broadway Cast). Secret Garden Concert at Lincoln Center, Colin. Cameo as young Lin-Manuel Miranda/2016 Tony Awards. 30+ Vermont productions with his schools and local theater community MCP/STG/VMT/Lyric/Flynn. Favorite local roles have been Oliver in Oliver/MCP, Colin in The Secret Garden/STG, Evan in 13/VMT, Ugly in Honk/Flynn, and Jamie in The Last Five Years at his high school. Excited to follow little brother Rowan’s (John in Fun Home/Vermont Stage) footsteps into the Vermont Stage Family. He would like to thank his family, teachers and coaches for their support and training, his girlfriend, Stella and John Canning for his continued support. "We make a living by what we get, but we make a life by what we give." -arguably Winston Churchill