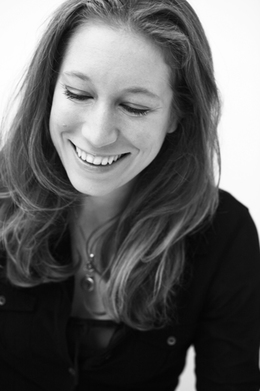 After graduating from Oxford, Nina Raine began her career as a trainee director at the Royal Court Theatre. She dramaturged and directed the hard-hitting verbatim play UNPROTECTED at the Liverpool Everyman, for which she won both the TMA best Director Award and the Amnesty International Freedom of Expression Award for an Outstanding Production on a Human Rights Theme. Her debut play, RABBIT, which she also directed, premiered at the Old Red Lion Theatre in 2006 and after a sell out run transferred to the Trafalgar Studios in the West End before being produced as part of the Brits off Broadway festival in New York.  The play earned her the Charles Wintour Evening Standard Award for Most Promising Playwright as well as the Critics Circle Award for most Promising Playwright. She directed her second play, Tiger Country, at Hampstead Theatre. Her commission for the Royal Court Theatre, TRIBES, directed by Roger Michel, enjoyed a sell out run and won an Offie award for best New Play. It was also nominated for both Olivier and Evening Standard Awards for Best New Play. Tribes had its North American Premiere at the Barrow Street Theatre in New York in 2012 where it won the Drama Desk Award for Outstanding New Play, the New York Drama Critics’ Circle Award, and the Off-Broadway Alliance Award. Tribes has also been produced in Hamburg, Budapest, Sao Paolo, Zargreb, Wellington and Melbourne. There were thirteen upcoming productions in the USA including at the Steppenwolf, Chicago. Nina has also directed at the Royal Court Theatre: SHADES, which went on to win Critics Circle and Evening Standard Awards for Most Promising Newcomer, and JUMPY, which then extended its run at the Duke Of Yorks Theatre in the West End. Her most recent outing as director was LONGING by William Boyd at the Hampstead Theatre.