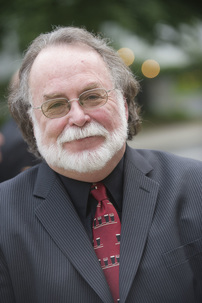 Mark St. Germain has written the plays Freud's Last Session and Camping with Henry and Tom (Outer Critics Circle and Lucille Lortel awards), Out of Gas on Lover's Leap and Forgiving Typhoid Mary (Time Magazine "Year's Ten Best"), all published by Samuel French and Dramatists Play Service. With Randy Courts, he has written the musicals The Gifts of the Magi, Johnny Pye and the Foolkiller (winner of an AT&T "New Plays for the Nineties Award") and Jack's Holiday at Playwrights Horizons. Mark's musical Stand By Your Man, The Tammy Wynette Story was created for Nashville's Ryman Theatre. He was Writer and Creative Consultant for The Cosby Show and co-wrote the screenplay for Carroll Ballard's Warner Brothers film Duma. Mark directed and co-produced the documentary My Dog, An Un-conditional Love Story featuring Richard Gere, Glenn Close, Lasse Hallstrom, Isaac Mizrahi, Edward Albee and many others. Mark wrote the children's book Three Cups (www.3cupsbook.com).

He is an alumnus of New Dramatists where he was given the Joe A. Callaway Award, a member of the Dramatist Guild, the Writer's Guild East and a Board Member of the Barrington Stage Company. He was awarded the New Voices in American Theatre Award at the William Inge Theatre Festival.