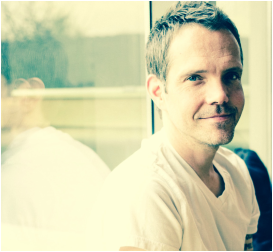 Mark grew up in southern Ohio and spent his 20's in New York City working in productions with The Circle Repertory, Naked Angels, Malaparte, Manhattan Theatre Company, The Circle in the Square and The New York Theater Workshop amongst others. Regional credits include 2 years at The Intiman Theater in Seattle and 3 seasons with The Cape Cod Theater Project. He also stared as Alan Sawyer in NBC's "Law and Order".  Mark stepped of the Acting wheel for 10 years to raise his amazing daughter Addy in southern Vermont. Recently returning to the wheel mounting and staring in Adam Rapp's one person show "Nocturne" and working in The Apron Theater company's productions of "Doubt", "Wit" and "August Osage County". He is a recent Burlington transplant.