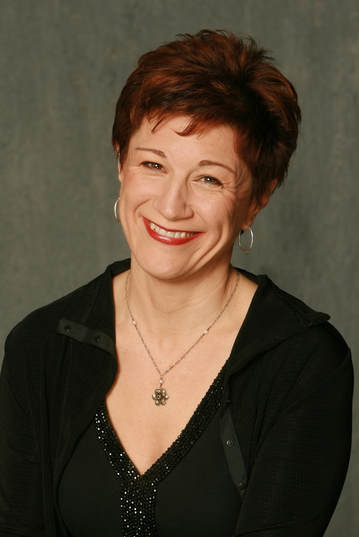 Lisa Kron has been writing and performing theater since coming to New York from Michigan in 1984. Her work has been widely produced in New York, regionally, and internationally.

Her plays include the musical Fun Home, a musical written with composer Jeanine Tesori and based on the graphic novel by Alison Bechdel; The Ver**zon Play, which premiered 2012 Humana Festival; In The Wake which received Lortel and GLAAD Media Award nominations, was a finalist for the Susan Smith Blackburn Prize, named a “Best Play of 2010” by TimeOut and Backstage, and was included in the Best Plays Theater Yearbook 2010-2011; Well, which premiered at the Public Theater, was named a “Best Play of 2004” by the New York Times, the Associated Press, the Newark Star Ledger, Backstage, and the Advocate, included in the Best Plays Theater Yearbook of 2003-2004, and moved to Broadway where both she and Jayne Houdyshell received Tony nominations for their performances. 2.5 Minute Ride, which had its New York premiere at the Public Theater, received OBIE, L.A. Drama-Logue, New York Press, and GLAAD Media Awards, and continues to be performed by Lisa and others all over the world; 101 Humiliating Stories, which received a Drama Desk nomination for its PS122 premiere and was a part of Lincoln Center’s 1993 “Serious Fun!” performance series.

Lisa is a founding member of the legendary OBIE and Bessie Award-winning collaborative theater company The Five Lesbian Brothers whose plays, Oedipus at Palm Springs, Brave Smiles, Brides of the Moon and The Secretaries have all been produced by their theatrical home, New York Theater Workshop, and have been performed widely throughout the country both by the Brothers and by other companies. Their plays are published by T.C.G. in the anthology, “Five Lesbian Brothers/Four Plays” and also by Samuel French.

Lisa has received playwriting fellowships from the Lortel and Guggenheim Foundations, Sundance Theater Lab, the Lark Play Development Center, and the MacDowell Colony, the Cal Arts/Alpert Award, a Helen Merrill Award, and grants from the Creative Capital Foundation and New York Foundation for the Arts. She was a resident playwright at the American Voices New Play Initiative at Arena Stage.

As an actor, Lisa’s professional career as began in 1983 when Michael Kahn chose her as member of the ANTA Company, which toured three plays in rep for a season. Since then she has acted in her own plays and the plays of the Five Lesbian Brothers, and also seen in such productions as the Foundry’s Good Person of Szechwan at LaMama, The Normal Heart at the Public Theater, Spain at M.C.C., and The Most Fabulous Story Ever Told, at NYTW.
Lisa has hosted and emceed benefits, galas, variety nights, rent parties, talent shows, pig roasts, bingo nights, awards ceremonies, bar mitzvahs, brisses and birthday parties too numerous to mention.

Lisa is a member of Actors Equity and serves on the Council of the Dramatists Guild of America.