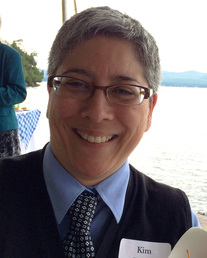 Kim Fountain has worked in the LGBTQ movement for twenty years. She is currently the Executive Director of the Pride Center of Vermont. In her various roles, she has taken to the streets in protest with other LGBTQ activists, provided direct services to LGBTQ survivors of violence, and successfully advocated with government agencies for LGBTQ inclusion. She has been published in academic journals and community-based reports on issues of violence and helped to represent LGBTQ concerns on numerous government and community-based task forces and committees. Kim is also a cultural anthropologist who focuses on issues of violence within and against the LGBTQ communities.