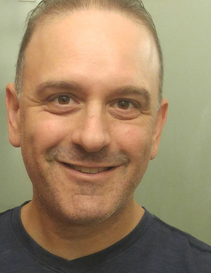 ​Once is never enough. This is Jason Lorber’s second Bake Off, and fourth time on Vermont Stage’s stage. He has also acted with Middlebury Actor’s Workshop, Waterbury Festival, Lost Nation, Off Center, and in many TV commercials and films. As an opener for Joan Rivers (when she was alive – she would have liked that joke), Jason also performs stand-up comedy, improvisation, and MC-ing for a variety of corporate and nonprofit events.

Jason thanks director Chris Caswell for creating such a multi-faceted and complex interpretation of Act II. When first cast by Chris, Jason was told that she wasn't certain yet who Jason would play in the two-person act. Jason is hopeful that he’ll figure that out in time for curtain. He’s also delighted to be sparring lovingly (sometimes) with Kathryn Blume, this time on stage.