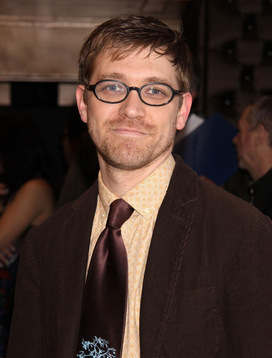 Greg writes plays, fiction, and lyrics. He grew up in Shelburne, Vermont and now lives in New York City. His play Slowgirl was the inaugural play of Lincoln Center's Claire Tow Theater (LCT3). It was subsequently produced by Steppenwolf Theatre and the Geffen Playhouse, among others. It is published by Dramatists Play Service. The Landing, a musical written with composer John Kander, premiered at the Vineyard Theatre in NYC. His second musical with John Kander, Kid Victory, will be co-produced by Signature Theatre in VA and the Vineyard Theatre. The Wind-Up Bird Chronicle, co-written with director Stephen Earnhart, based on the novel by Haruki Murakami, premiered at the Edinburgh International Festival, and went on to play the Singapore Arts Festival. The Quarry, with music by Greg's brother Randal Pierce was commissioned and produced by Vermont Stage Company.

Greg has received fellowships from the Edward F. Albee Foundation, Yaddo, The Djerassi Institute, the New York Public Library, the Bread Loaf Writers' Conference, and the Baryshnikov Arts Center. He currently holds commissions from Lincoln Center Theater, Second Stage Theatre, and Manhattan Theatre Club/Sloan Foundation. His work has been produced/developed with Naked Angels, The New Group, The Public Theater's Under the Radar festival, Asia Society, the Rattlestick Theater, 3-Legged Dog, New York Theatre Workshop, and Out North/Anchorage. He and composer Gregory Spears and director Kevin Newbury are developing an opera based on Thomas Mallon's novel Fellow Travelers with Cincinnati Opera. Greg's stories have appeared in literary magazines such as New England Review, Avery, Berkeley Fiction Review, Confrontation, and Conjunctions. For years, he wrote and performed with a theater group called The Bad Astronauts. His verses to accompany Saint-Saëns's Carnival of the Animals (written with Brian Hargrove) were performed at the Hollywood Bowl with the L.A. Philharmonic. He has a B.A. from Oberlin College and an M.F.A. in Creative Writing from Warren Wilson College. He is a member of the Dramatists Guild. He plays ping-pong.