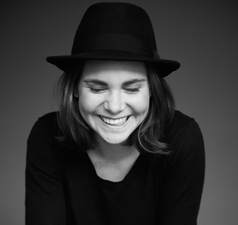 Francesca Blanchard is a musician/actor currently living in Burlington. She was quickly acquainted with Vermont Stage upon moving to VT from France with her family in 2002, playing Scout in Vermont Stage’s ‪To Kill a Mockingbird and Helen Keller in ‪The Miracle Worker. Francesca earned a BFA in Acting from Boston University in 2014, which included a semester studying Shakespeare at LAMDA in London. Since graduating, she has recorded a full-length album and performed across the US and Europe. She plans to release new music in the coming year. Francesca is ecstatic to finally be returning to Vermont Stage for their Spring production of Tigers Be Still!