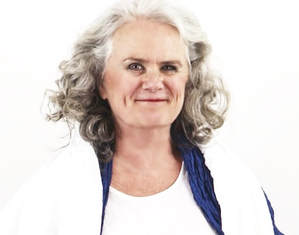 ​Emme Erdossy earned a BFA in theatre arts at Chatham College while launching a professional career as a cast member of the Pittsburgh Miniature Theater and in summer stock that included the opening season of Castleton Rep.

After moving to VT in the mid-80’s, Emme performed in two CenterStage productions, and her work with Lost Nation Theater began in 1990 appearing as Amanda in The Glass Menagerie. She continued with LNT, serving on the board & performing in over 24 roles including Jacques Brel, The Subject was Roses, Lettice and Lovage, Look Homeward Angel, A Delicate Balance, The Vagina Monologues, The Importance of Being Earnest, The Crucible, The Cemetery Club, and Silent Spring.

Emme brought two of local playwright Margo Lasher’s one acts to the stage, the last at the Fringe Festival in Burlington. She retired from teaching in 2013.