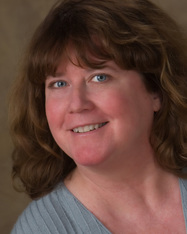 Cathy is excited to return to Vermont Stage after directing part three of The 39 Steps in the Bake-Off in 2013. Cathy is  a Professor in the Theatre Department at Saint Michael’s College.  In addition to directing regional theatre productions, she teaches courses in acting, directing and musical theatre.  Cathy served as the principle staging director at OperaWorks in Los Angeles, and was the Regional Co-Chair for the Kennedy Center American College Theatre Festival.