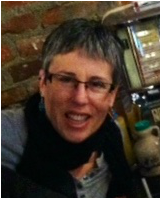 Anne Vernon is currently a Senior Manager with Howard Center in Burlington, VT where she administers a staff team that supports 130 adults with Autism Spectrum Disorders, Intellectual Disabilities, Physical Disabilities and co-occurring mental illness. Additionally, Anne leads several groups that she developed for individuals on the Spectrum, to include: a Women’s Group, a Group for Individuals who are Trans/Questioning & Allies, a Video and Gaming Group, and Chess, Checkers, and Cribbage groups. Anne’s philosophy is to support each person individually to reach their goals by helping them to develop strategies to be successful. She is involved in community building and seeks to provide education about barriers individuals on the Spectrum often face. In this arena, Anne teaches how to build bridges to a safe and inclusive environment so that all its members can succeed. Anne completed her undergraduate work at Middlebury College and holds a MA in Psychology & Counseling from Goddard College in Plainfield VT.