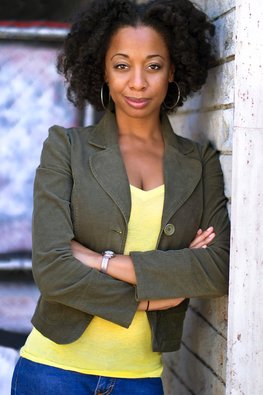 Jammie Patton is a native of Ohio, but currently lives in Brooklyn, NY where she enjoys working both in front of and behind the scenes. Some notable theater credits include A Midsummer Night's Dream, To Kill a Mocking Bird (Northern Stage), The Blacks (Classical Theater of Harlem *off Broadway), Freeda Peoples, Faith OnLine (Billie Holiday Theater), and Heavy Rotation (Negro Ensemble Company) which Patton also penned and co-produced. Recent film credits include Cold Water and Miss Stevens, as well as the feature narrative Solace, which was a semi-finalist for the Sundance Writers Lab and will be making the film festival circuit rounds this coming fall. TV Credits include Justified, It's Always Sunny in Philadelphia (FX), and Blood Relatives (The ID Channel) as well as many national commercials. Jammie has directed several short films and music videos and most recently, her first feature - a coming of age story about two girls growing up on the southside of Youngstown, Ohio. Welcome to Youngstown is the working title. Currently Jammie stars as 'Keena' in the digital series Compersion housed on YouTube's Enchant TV.