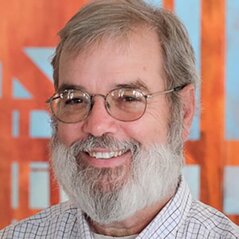 Geoffrey Gevalt is a writer, editor and photographer. He spent 33 years in journalism, mostly in print publications, in Baltimore, Boston, New York City, Maine, Ohio and Vermont. His work centered on narrative, data analyses and investigation. In 1995, he led the creation of what was then the 13th newspaper website on the Internet. As a writer he won numerous state, regional and national awards and as an editor shared in the George H. Polk award for investigative journalism. In 1997 he led a complete reprise of the Akron Beacon Journal’s 1994 Pulitzer Prize winning series on the impact of race in daily life and, for several years, was a juror for the Pulitzer Prize in Beat Reporting.

In 2006, he left his position as managing editor of The Burlington Free Press to start The Young Writers Project which has since then connected with 110,000+ youths, providing them with safe creative spaces, coaching and affirmation through feedback and publication. Gevalt also has provided professional development to approximately 2,000 teachers, including a Master’s credit course on engaging students to write in digital media.

In July 2018, Gevalt stepped down as director of YWP to spend concentrated time on his own writing and digital media projects. More of Gevalt’s stories can be found on geoffreygevalt.com.